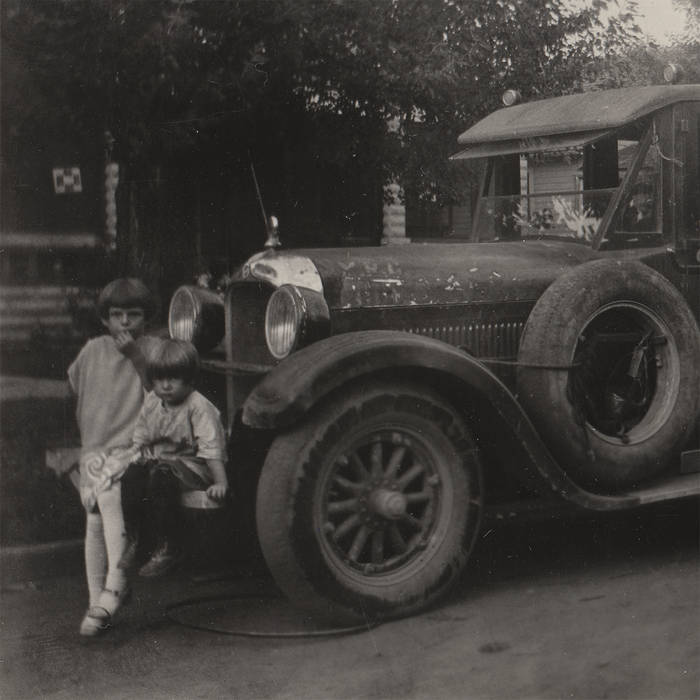 Michael Reilly Powerfully moody and artistically restrained in both composition and execution, Generations has a timeless 'soundtrack' style of noise and meaning that directly imprints moving images into your head. Superb companion piece to the equally mesmerising Settlers. Favorite track: Myriads.

John Cratchley Like its counterpart, 'Settlers' this EP has an expansive yet delicate feel to it...and it shares a similar ethos...I suspect there is a lot of interesting music from René yet to come...

All Glory To The Hypnotoad

Be sure to check out the full length accompaniment to 'Generations', titled 'Settlers' here: westernskiesmotel.bandcamp.com/album/settlers

"Generations, it turns out, is no insignificant addendum to Settlers but a twenty-two-minute set that holds up impressively on its own terms, even if it's material that perpetuates the style and tone of the long-player" - TEXTURA

"In these releases, (Western Skies Motel) has found that elusive vein of gold" - A CLOSER LISTEN

René Gonzàlez Schelbeck is a guitarist and multi-instrumentalist. There’s a timeworn, arid, and almost badlands quality to Schelbeck’s hypnotic, cyclical guitar style. It seems to perfectly capture the lonely, barren landscape of the American West.

Yet, there are curious dynamics at play here as Schelbeck, who makes music under the alias Western Skies Motel, is from Denmark and far removed from any upbringing in the rough-hewn Americana style of folk guitar. Conceivably, his music has more in common with the lonesome, calculated tone of Berlin's modern classical scene or the rainy day folk of the UK. Those are intriguing parallels, since the collective mood of Western Skies Motel's music would adapt so well to either environment.

'Generations' is a six song EP that inhabits a very similar soundworld to his upcoming full-length album, 'Settlers'. The EP arrives the same day as 'Settlers', April 22nd, 2016 on Lost Tribe Sound.

'Generations' was mastered by Kirk Marrison of Kiln (Ghostly Intl.) All of album's art was provided by label owner, Ryan Keane's own photo archives. The images depict the settlement of his family in Montana during the early 1900's.

Written and recorded by René Gonzàlez Schelbeck
Field Recording on "Pouring Down" by Abstraction
Atmospherics on "Leaving Behind" by Kyle TM
Mastered by Kirk Marrison of Kiln
Photos courtesy of the Keane, Thompson, and the Amundsen and Amundson Family archives
Layout and design by Ryan Keane
Copyright Lost Tribe Sound, LLC
Published by Settled Scores (ASCAP)

Western Skies Motel is an instrumental project from Denmark. The music is inspired by the dry winds of the American prairie.

Bandcamp Daily  your guide to the world of Bandcamp

outré black metal, with a Victory Over the Sun interview and music from Liturgy and Jute Gyte.